skip to main | skip to sidebar

Several have contacted me and couldn't find the AZAirSluice on this blog.
It is first blog entry at BOTTOM of this page.
Thanks
wuf
Posted by WufStuff at 1:58 PM No comments: 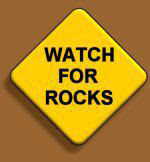 Rocks hell!
Watch out for Washington DC.
Collect a rock, lose your vehicle?
Disturb some dirt, go to jail?
Yes, this could be a very real threat shortly.
Ominous Forfeiture provisions in new bill restricting use of Federal Land.
This is serious stuff guys and has been read in the House January 17, 2009 and in Senate now and will be on way to Presidents desk on Fast Track Legislation.
This needs to be passed on to all ROCK COLLECTORS, PROSPECTORS, JEWELRY MAKERS, JEWELRY BUYERS, OTHER STONE ARTISANS and all that are FED UP with Government LAND GRABS to CONTACT YOUR REPRESENTATIVES as it will severly reduce mineral and gem stone collecting and make criminals of all of us…. the seedy undrebelly of the gem trade?
Even at their whim HUNTERS and OUTDOORSMEN, OFF ROAD RIDERS could be banished from areas that are deemed "Paleontological" especially here in the Southwest. By definition if a fly walked on a piece of soil, left prints and it fossilized, now it is in the area. You have discovered it and being jailed and your possessions on site for doing it… Crazy?… depends on how you read the law.
Mining costs and prices for American material gem will go sky high.
Nothing more than another Land Grab to keep people out of Public Lands.
YOUR GOVERNMENT AT WORK
S22 - Omnibus Public Land Management Act of 2009
Posted: February 22, 20099:43 pm
EasternWorldNetDaily
WASHINGTON : A land management bill that swept through the U.S. Senate last month and is headed for a House vote this week punishes rock collectors and paleontologists with arrest and expropriation of their cars and other equipment for even unknowingly disturbing fossils on public land, say critics.In the Omnibus Public Land Management Act of 2009, a "forfeiture" provision would let the government confiscate "all vehicles and equipment of any person" who digs up or removes a rock or a bone from federal land that meets the bill’s broad definition of "paleontological resource," says a report by Jon Berlau of the Competitive Enterprise Institute."The seizures could take place even before a person and even if the person didn’t know they were taking or digging up a ‘paleontological resource," writes Berlau. "And the bill specifically allows the ‘transfer of seized resources’ to ‘federal or non-federal’ institutions, giving the government and some private actors great incentive to egg on the takings."Tracie Bennitt, president of the Association of Applied Paleontological Sciences, is protesting the bill’s vague language and severe penalties."We can visualize now a group of students unknowingly crossing over an invisible line and ending up handcuffed and prosecuted," she wrote to members of Congress.
Subtitle D of the bill called the "Paleontological Resources Preservation Act" would make it illegal to "excavate, remove, damage, or otherwise alter or deface or attempt to excavate, remove, damage, or otherwise alter or deface any paleontological resources located on Federal land" without special permission from the government."Paleontological resource" is defined in the bill as "any fossilized remains, traces, or imprints of organisms, preserved in or on the earth’s crust, that are of paleontological interest and that provide information about the history of life on earth."
Penalties for violations include up to FIVE YEARS IN JAIL.Berlau believes picking up rocks could be interpreted as a violation of the law since most would fit the broad definition under the law.The forfeiture provision is effective before a trial and conviction, making the defendant guilty until proven innocent, Berlau suggests.Berlau believes the House will take up a vote on the bill this week. He is urging Americans to contact representatives before the bill, known both as S. 22 and the "Omnibus Public Land Management Act of 2009" is approved, as expected, and heads to the White House for President Obama’s signature. 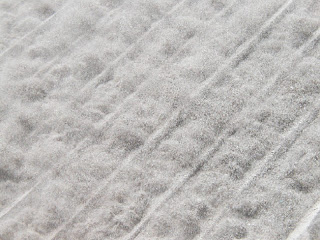 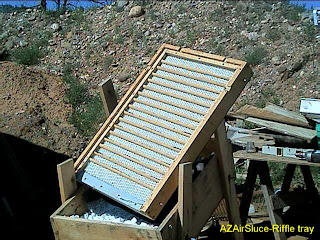 Tired of loosing all that fine flour gold in the tails
and having to run it again?
Panning & Snuffing for hours to separate fine cons?
Wish there was a cheap easy way to do it?
HERE'S THE ANSWER!
AzAirSluice
Fine Gold Dry Wash Recovery System
Do-It-Yourself Project
We're not going to spout off percentages of fine gold recovery from this machine but it's way up there. We've had some of the best panners in AZ try to find any gold in the tails and none have yet to recover even a speck after running material thru the AzAirSluice.
.
We designed and originally built this machine back in 1998 when we discovered a lot of extremely fine gold in a wash here in Southwestern Arizona. We had been conventionally dry-washing it and discovered that most of the fine gold, less than 100 mesh, was being pulled by the larger material into the tails. The fine gold we did get was just being trapped 'accidently' as the Fine Gold just didn't have enough weight to compete with the larger stones for position in the bottom of the riffle bars. 'Pickers' were in traps, but most of the fine gold was going out with the tails. Every time we checked the tails there was that elusive fine powder gold that had been washed from the riffles by the push of the larger material down the sluice.
.
Classification seemed to be the answer as we had no real values, a picker or two, in the larger material. Gold better than 1/4" and they were easy to spot when screening and picked out without the clutter of fine material covering them up. We eventually set up a plastic chute for the oversized material and put a metal detector over the trough to detect any metals in the tails leaving primary grizzly.
.
In this particular area and the fineness of the material being dug we realized we were loosing was about 20-25% of the fine gold per run! About $150-$200 per ounce that was being lost. I didn't want to spend several hundred or even thousands of dollars on a machine to 'see if it would work' with this material, but just couldn't leave all that fine gold on the ground.
.
That is when the AzAirSluice was born. I needed a machine that could process the fine sands and separate the fine flour gold from them that a conventional drywasher couldn't catch.
.
New riffle board design allows for 60 SECOND clean up. No Joke. Release the 4 latches, lift out riffle tray, dump it in a bucket, couple taps on screen and back into the machine, snap down latches and continue processing!
.
The trick of this verses other dry washers is that the action of the riffle tray is in an upward circular motion and not side to side like conventional dry washers. This allows material to 'hover' in the air stream allowing even the smallest heavier particles of 'heavies' to reach the 'safety' of the bottom of the riffle and not being caught in the top flow and washed out.
Static electricity is created in the air flow and on surface of riffle tray grating, charging the lightest ground quartz sand materials allowing them float right off and keeping material in constant 'fluid' motion.
.
Since the price of gold is up right now more dry washers are worried about loosing the fine gold that adds up in the pocket and would take hours to pan out and snuff up pan by pan. Guys and gals that are using dry washers have been amazed at how much fine gold they are loosing in their tails after running it thru this machine. Now they screen tails coming off the dry washer to 1/8"- 3/16" and running them thru the AzAirSluice capturing the finest 'lost gold' in the cons, and getting it all!
.
I have been using this machine for past 10 years now and it has gone thru some evolution over this time. I had not thought of offering plans but demand of locals who have seen it work have been driving me crazy to build them one. I just don't have the time to do production of the unit and now spending so much time now running others concentrates I can't get out to the mine as much as I'd like.
This unit can be built from off the shelf items purchased at any Hardware or Home Improvement store for about $50 and a little time. Even less if you're a good scrounger!
.
.
AzAirSluice -
Click HERE To See Photos & Video Of Machine Working
Plans are available to 'Build It Yourself' at: WufStuff Mining

Posted by WufStuff at 9:10 AM No comments:

WufStuff
Playing in the dirt too many years to quit now.